The latest episode of my new "Different Beat Radio" show/podcast is up and out. You can read all about it here, listen by right-clicking on the title to this entry, or go to www.differentbeatradio.com and subscribe. Or subscribe via iTunes. It's all so damn confusing, I hope you can figure it out and give it a listen!?!? (I still think the easiest way is to subscribe at the DBR site, and it will just show up in your e-mail!) Happy Spring, all.......
Different Beat Radio, Episode #5:"Pure Prine: The Music Of John Prine", danny flanigan, Paul Matthew Lauck and Richard Torres, 4.30.10! 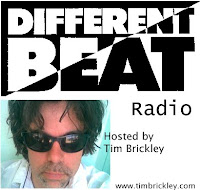 Brought to you by Greek's Pizza!
Ah, Episode #5, an eclectic offering rather quickly compiled by the currently rather time-crunched Mr. B. Featuring a quick preview of the upcoming "Pure Prine: The Music of John Prine", a theatrical concert experience at the Phoenix Theatre conceived and directed by Bryan Fonseca, starring Tim Grimm, Jan Lucas, Michael Shelton, Jenni Gregory, Bobby Lancaster, and the currently rather time-crunched Mr. B. We don't want to give away to many details, but it is going to be an enlightening and entertaining overview of the work of Mr. Prine, one of the wittiest and warmly wryest American singer/songwriters of the past 40 years. We believe it's going to be a pretty wild acoustic rock and roll theatre ride, Jim! There are 7 performances - May 7-9, and then May 13-16. Click and go to the Phoenix Theatre website for tickets! 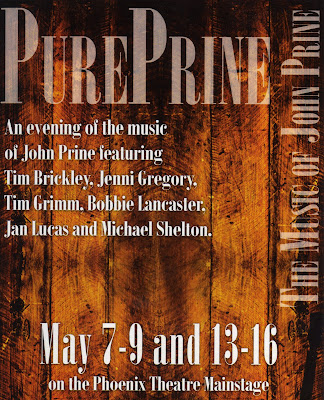 In honor of Mr. Prine, we then feature music from two area singer/songwriters continuing the classic American singer/songwriter tradition. danny flanigan (he prefers lower-case, like e.e. cummings) is a Louisville, KY resident, and Paul Matthew Lauck is from Greenfield, IN. As you'll hear, they both know how to write a pretty damn good song. Then, a good bit of a little post-bop tenor from Tim's long-time saxophonist colleague Richard Torres, with "L.A. Stomp" of off his "From Kenton To Now" release with sometimes Steely Dan drummer Peter Erskine!
And news of our new sponsor, Greek's Pizza, who besides sponsoring Different Beat Radio, is now featuring Tim performing outside on their groovy, vibe-laden Broad Ripple outside deck Wednesdays and Sundays at 6PM (and Paul Matthew Lauck on Thursdays). We aim to reclaim Pottersville. people! Approx. 25 minutes, 2010)
Posted by Tim Brickley at 6:12 PM No comments:

Episode #4 of our new Different Beat Radio show/podcast is live and on-the-air for you to listen to or download at www.differentbeatradio.com! (Or click on this entry title.) Go subscribe at the DBR website, will ya? This episode features a fabulous new rock band, Low Flying Helicopters (featuring the songs, voice and guitar of Ray Lincks) and comedy segments from noted Mad Man/broadcaster Tom Gulley.
Plus, we just passed a milestone - our 212th download. To celebrate, we shall drink some delicious Bell's Beer.
Posted by Tim Brickley at 10:37 AM No comments: